If cache control on an object is NOT specified by the website owner, the CDN will cache the content for a MAX of 2 hours. However, IF you specify a cache control entry for 5 min or 30 days, the object will reside in cache for that time frame. This cache time regards all clients, the CDN nodes and cache in the end user’s browser cache (unless that user successfully clears his browser cache) also abides by the cache control rules.

With that said, if your site is under constant development, it is recommended that you set your cache control to relatively short values, such as 24 hours for most files, and even 900 seconds (15 min) for css and js files.

If you update that file and it’s cached, users will not receive the changes until cache control expiration date. However, if you upload a new file with a new name, user’s will have to download the new file. Version naming example:

Once you have your cache set to what you want we can flush the cache and then your new cache times that have been set in the .htaccess file will be current.
Speed up your site with client side caching
We recommend that you use your host file for testing your site.
Howto: 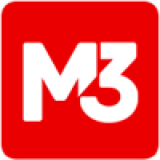